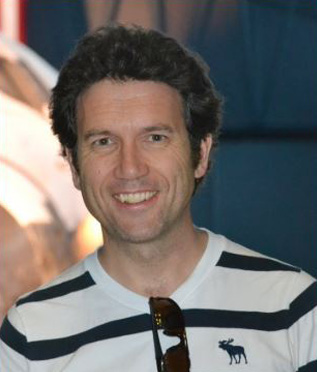 Maurice te Plate is an optical systems engineer working at the European Space Agency. Currently, he is stationed at NASA's Goddard Space Flight Center in Greenbelt, Md. where he operates as the European Space Agency (ESA) System Integration and Test Manager and ESA Mid-Infrared Instrument (MIRI) Manager for the James Webb Space Telescope mission. He works to ensure and coordinate a safe and proper integration and testing of the two ESA instruments on JWST: Near Infrared Spectrometer (NIRSpec) and the MIRI. His involvement with the James Webb Space Telescope mission extends back to 2002 when he was working as an optical systems engineer.

Maurice received his bachelor's degree in Physics at the Technical University of Twente in the Netherlands, known for its Optics Group. He also earned his master's Degree in Physics and graduated in Optics. His specialties include Optics, Opto-Mechanics, optical design and analysis, spectroscopy, imaging, assembly integration and testing, and calibration.

On a daily basis he can be found anywhere from doing hands-on work in the Goddard cleanroom to working behind the scenes to manage and ensure difficult operations are done safely and on schedule. Before joining ESA in 2001, he worked almost eight years in the space industry, supporting various space projects. Initially, Maurice started out in biophysics, building and testing a Raman microscope to measure very low frequency vibrations inside biological molecules. Before coming to Webb, he worked primarily in the field of Earth Observation on Envisat and Aura.

He works with a very international community with colleagues scattered all over Europe on two different instruments, as well as with all his colleagues at Goddard. In his role he helps to form relationships between these two groups to solve the technical challenges of the Webb project, the largest space observatory every built and launched. He's excited to be a part of a project that pushes technological and scientific boundaries. Despite the difficult interfaces and language barriers he works to create strong international teamwork so that the mission can achieve a great end product that will do stunning science.

Growing up in the small village in the Netherlands he was first inspired by space exploration at age seven, when his mother gave him a book titled the "Adventures of Great Explorers". He recalls reading the book countless times that featured many Apollo mission pictures in it.

In his free time he enjoys traveling in the U.S. and in Europe. He also frequently spends time outdoors camping, canoeing and hiking. He also likes running and mountain biking.