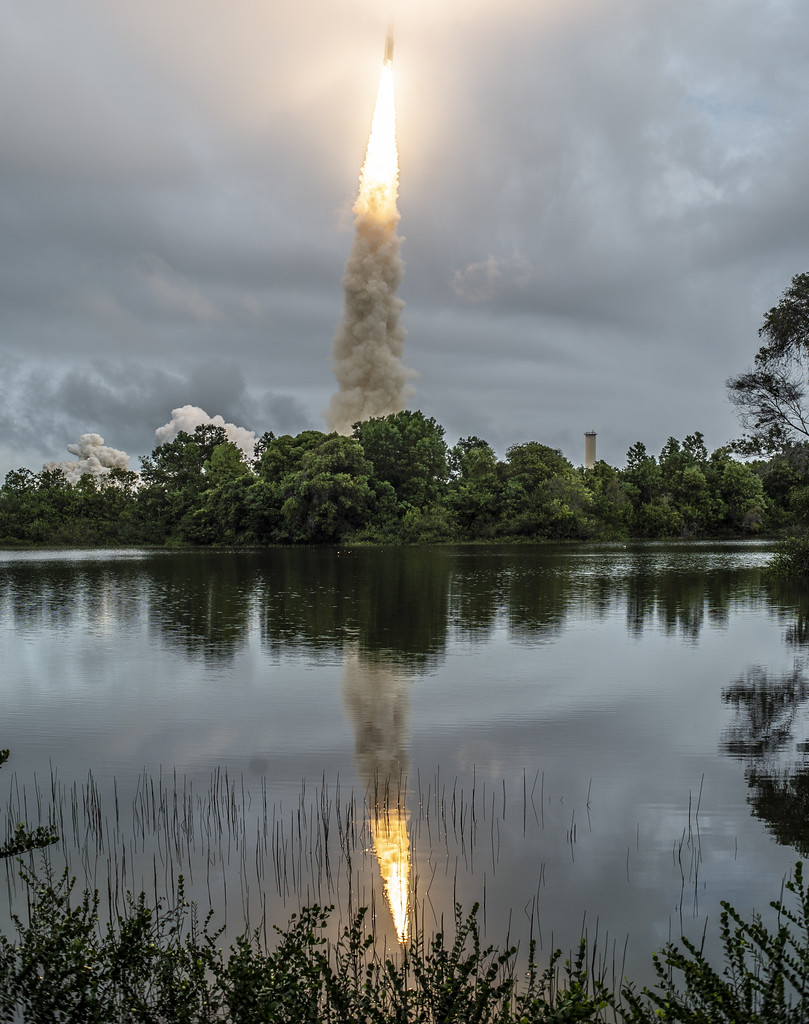 The James Webb Space Telescope was launched on an Ariane 5 rocket. The launch vehicle and launch site are part of the European Space Agency's contribution to the mission. The Ariane 5 is one of the world's most reliable launch vehicles and was chosen for a combination of reliability (it was the only launch vehicle that met NASA's requirements for launching a mission like Webb) and for the value it brings via our international partnership. Read more about why the Ariane 5 was chosen.

Webb was launched from Arianespace's ELA-3 launch complex at Europe's Spaceport located near Kourou, French Guiana. It is beneficial for launch sites to be located near the equator - the spin of the Earth can help give an additional push. The surface of the Earth at the equator is moving at 1670 km/hr.

The Launch Segment has 3 primary components:

1. Launch Vehicle: an Ariane 5 with the cryogenic upper stage. Provided in the single launch configuration, with a long payload fairing providing a maximum 4.57 meter static diameter and useable length of 16.19 meters.

2. Payload Adapter, comprising the Cone 3936 plus ACU 2624 lower cylinder and clamp-band, which provides the separating mechanical and electrical interface between the Webb Observatory and the Launch Vehicle.

For the telescope to fit into the rocket, it must fold up. These images show how it fits into the rocket fairing. Images courtesy of ArianeSpace.com.

After launch, the telescope deploys on its 29-day, million-mile journey out to the second Lagrange point (L2). This video shows the deployment procedure, timeline, and location of the satellite during deployment. More about the telescope's final orbit around L2.

Read more about the Ariane 5.

Read more about the launch site.