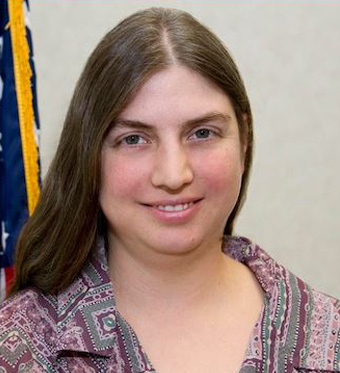 In her role on Webb, Van Campen oversees all of the mechanical, thermal, optical and electrical interfaces between the subsystems and the ISIM, which is the integrated system of all four science instruments with shared support systems.

As a systems engineer, she works to ensure her team's success. She focuses on communicating, collaborating and coordinating to find technical solutions. She has held this position since 2012. Her involvement with the Webb project extends back to 2003 when she joined the Webb team as a Integration and Testing systems engineer. Van Campen has spent the majority of her JWST-tenure as ISIM's Instrument Systems Engineer on both the NIRCam and NIRSpec instruments.

Growing up in Bucks County, Pa. she was involved in building projects with her dad and worked summers during high school at a horse farm. Van Campen's love of building things and desire to push boundaries in science drove her to study engineering. She received her bachelor's and master's degrees in mechanical engineering from Lehigh University and Johns Hopkins University.

In her spare time, she works as a volunteer park ranger for the Maryland Park Service maintaining trails, buildings and other structures. She enjoys backpacking and is currently working on hiking the Appalachian trail in sections.